Breakfast Cooked In A Air fryer.

I've seen the future and it's not garlic bread.   Aren't  they boring, those blogs that tell you what they had for their tea last night?  Well this is what we had for our breakfast yesterday. 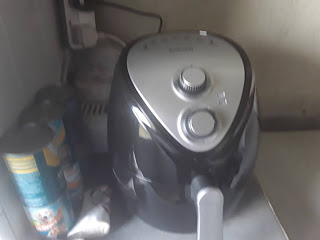 The wife bought her self one of those new fangled gizmos: a air fryer.  My brother asked her what she wanted for her birthday.  I'm still off the sauce so I told her to make her mind up for a change instead of me saying:

" She'd like a bottle of  Scotch malt whisky dear brother".

Which I would of course have helped her to drink.

So she went  to town to the German garden centre and supermarket and beer retailers and came back with a Salter air fryer.

We (I helped eat it) made a breakfast consisting of bacon, sausage and egg.  The fried egg was cooked separately.  It was just the ticket and no oil was used.  Oh to go back to a greasy Joe's cafe or maybe not.  Have you got an air fryer? 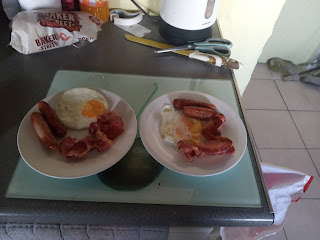 It's also  supposed to do jockeys whips (chips).   Remember the nineteen seventies when you had a chip pan and the house stank of dripping and the steam ran down the walls like this weeks weather? We did have some lovely chipolatas though! 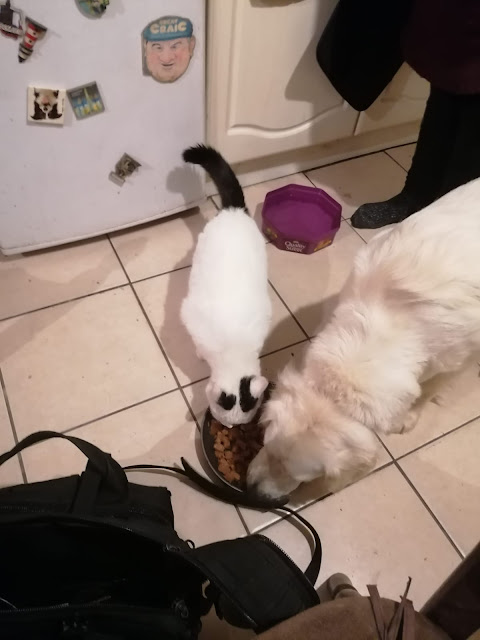