Red Squirrel's in Warsaw And Buildings That Look Like They Are From Gotham City. 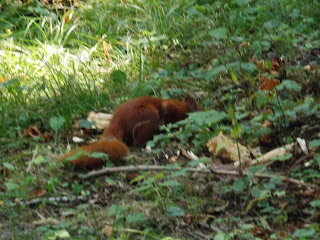 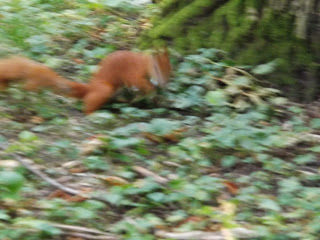 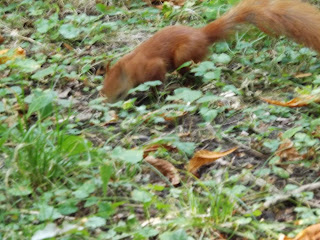 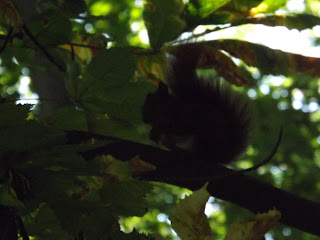 Hi there.  I have been away for a week in Warsaw, Poland.  Above are some Red Squirrel's we took in one of the many enormous parks in Warsaw city.

I was very impressed with the superb public transport infrastructure.  We bought 3 day passes for 30 Zloty (about 8 Euro or 6 quid in Sterling) and availed of the underground, bus and trams.  You could just jump off one mode of transport and jump straight on another.  It made me wish that there was public transport where we live in the countryside.

Here's a picture of the incredible 'Palace of Culture'.  Mr Stalin gave it for a present just after the war.  It looks incredible lit up at night.  It reminded me of Gotham City.  We went to the top of the building and had an amazing birds eye view of Warsaw. 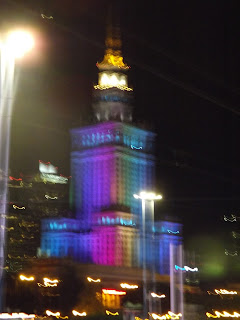 Whilst walking around the 'Old Town'.  I spotted this 'Trabant' car.  She's probably from East Germany before the wall came down. 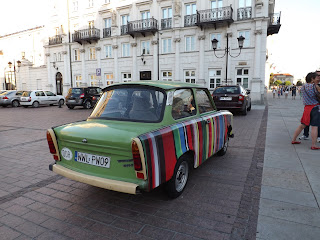 Talking of the 'Wall'.  I went to see Roger Waters (Pink Floyd) at the national football stadium.  The show was incredible.  It was indeed a pleasure and privilege to say that I have finally seen one of my rock heroes.  I would recommend you get a ticket when Roger arrives in Blighty in September.  You won't be disappointed.  The pyrotechnics, computer screens and music was superb.  You can see the Warsaw show on good old You Tube.

Mean while back at the ranch (smallholding).  The weeds have grown like wildfire.  Especially the Red Shank in the field I set with kale.  Perhaps I should have sprayed  the soil with weedkiller first?  Is it poisonous or can you feed it cattle?  I believe it's a good indicator that your land is deficient in lime.

"Isn't She Lovely?" A New Tractor Pal Arrives On The Smallholding. 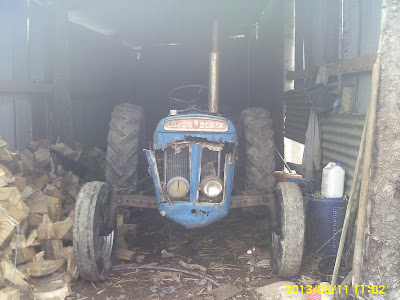 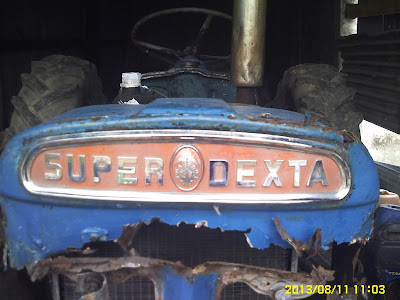 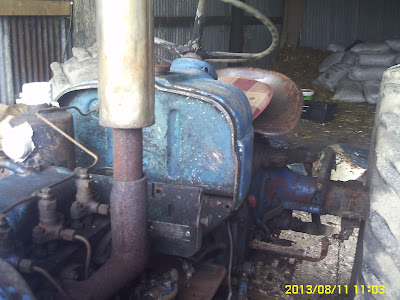 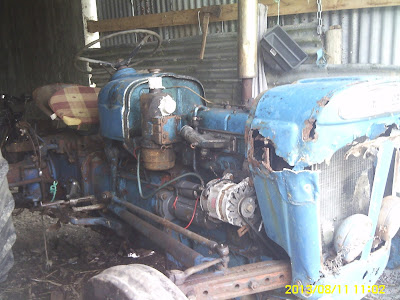 A new tractor arrived on our smallholding the other day.  Her livery looks a bit rough because she's had some of it took away too be sandblasted, sprayed and a brand new 'roll bar' is on order.  If you want to see what a Fordson Super Dexta looks like in all its glory.  Type Fordson Super Dexta into Google Images.

Our old girl (made in Dagenham in 1963) is mechanically sound.  She sounds like a plane from the 'Battle of Britain'.  She absolutely purrs!  I am told she can go forty miles an hour.  Will post more pictures of her restoration very soon.

Talking of restorations.  There's a promising looking programme on BBC Two tonight.  It's on at 9.00:  The Hairy Bikers: Restoration Road Trip.  Tonight Dave and Si visit Pleasley Colliery in Derbyshire.  They help restore the mine.  Sounds good.

Have you or are you restoring a smallholding machine please tell us all about it!

When Is A Smallholding Lawnmower not a Lawnmower? (When it looks like a fire engine!) 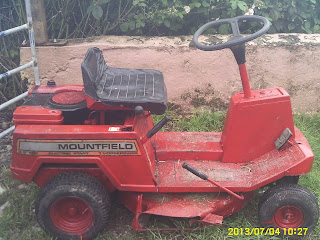 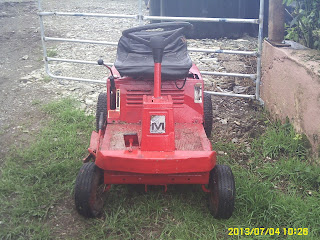 This is a welcome new addition to our smallholding fleet. She sits proudly next to my 2 Ford tractors.   She only cost me 75 Euros and 40 for a new battery.  I saved 27 Euro on the battery.  It just shows it pays to shop round, doesn't it?  Number 1 son painted her up and she goes like a bat out of hell.  I bought her off a tractor mechanic who rescued her from the scrapyard.  Have you brought anything back to life from a skip or a scrapyard?

We have another (Fordson Super Dexta) tractor arriving soon.  She's 50 in December.  Guess what?  So am I.  She's the best early birthday present I have ever had.  She's also painted blue like my other the two Fords.  Fordson means "son of Ford".  Not many people know that.  Will show you pictures of her and the restoration very soon.  Could this be the start of our very own tractor museum?

What do you call a man who likes tractors.  But he doesn't any more?