Tractor Axle Stands Made From Scrap Metal Around The Smallholding.


Caractacus Potts the inventor lived on a farm and built Chitty Chitty Bang Bang.  He reminds me of my eldest son.  This week he made some tractor axle stands out of scrap metal that we have lying around the farm. 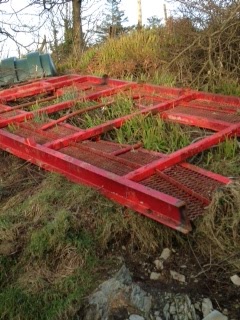 Part of an old lorry lying up on the rock outside the farm yard.  That's an old damaged oil tank some one threw out.  We cut off one end and  made it into a calf hutch.  It would make a good pig house too. 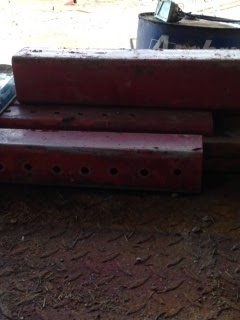 Steel parts lying on the lorry bench number one son made. 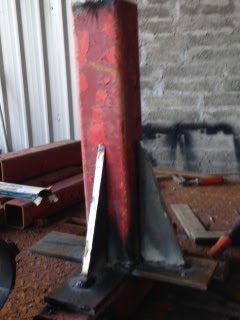 The welding and assembly of the axle stands. 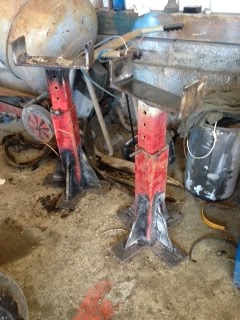 The axle stands just need a lick of paint and they are ready for work.  Notice the bolts for adjusting them to different heights.  Time to take the tractor wheels off.  Not bad for a couple of hours work.  We have seen similar for sale for ninety quid!  To quote Del Boy again:

Not had much to say recently.  So I had a bit of a blog break.  Of course I still read all the blogs I follow.   Just been on a bit of a downer that's all.  The weather doesn't help when you feel depressed.

Talking of a downer.  I found a buyer for the cattle last week.  He came to see the bovine lad and lasses and we talked for about an hour.  Of course he didn't offer me the price I wanted.  But I couldn't be mithered (people from up north word) going to mart and paying commission, vat and coming home disappointed.  No I always choose to lose it at home than at the mart.

Anyway.  Without going all around the houses.  We agreed a sale with the farmer and said we would fax off for the permits to move the cattle from farm to farm.  This big envelope came on Wednesday from the department.  We presumed they were the permits, so we didn't open the envelope until the next morning.  When we opened it we found a note and a code telling us the cattle hadn't been tested for TB.

We had bought them in last June, after our annual test from Dairy farms.  Who can sell them without a test if they are under six weeks old.  This means that dropped calves can be sold to farmers or at the mart without a test?

How is this so and why didn't I check my cattle cards to see if they had been tested?  Because (never start a sentence with because) I am a plonker and because Dairy farmers don't need to test dropped calves.  Surely if they fed the calf for six weeks and tested them.  You would have far stronger calves, free from TB and their mother's wouldn't be stressed having their young took away from them for the milk?
- February 20, 2016 26 comments:

Walking In To The Wind.


Not much to report on the smallholding front.  We seem to be getting nothing but storm after storm and rain at the moment.  Today it's the turn of Storm Henry.  That's the eighth letter in the storm alphabet this winter.

Walked the fields the other day and looked at my footprints in the turf behind me.  It's awful squelchy and the rushes are appearing from nowhere.  Think it's only St Brigid who ever made a use for them properly.  Yes we know there are other uses for rushes like rush lights and bedding for the cattle.

Still no chance of mowing. weeding or preparing ye olde veg plot for spring.  The weather is everything in the countryside.  There's not a lot you can do outside when it's blowing a gale and not drying out.

We decided to go for a two mile walk into the wind today.  It felt like we had walked six miles when we got home. 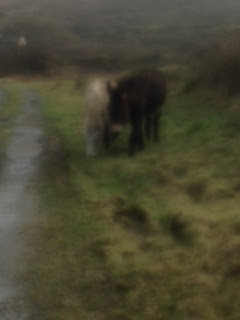 Two windswept donkeys grazing and posing for their photographs. 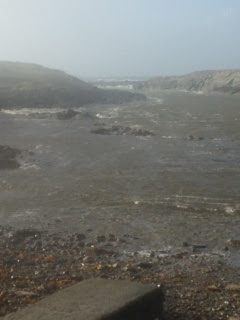 The sea (Bantry Bay) looked very violent and I wouldn't like to have been on a boat today. 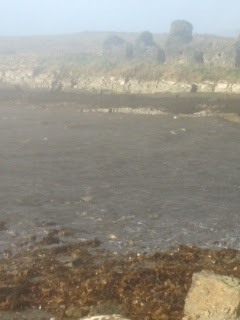 An old windswept farm stead ruin.  My late father remembered when people lived in the thatched roof cottage.  The farmer was also a fisherman.  One stormy night the man's sister went outside and was swept into the bay and never seen again.  Nature is beautiful but also very cruel.

A Self Watering Greenhouse For Free.

Do you like my new greenhouse? 'Portugal'  my polytunnel is full to the brim with plants.  So I decided to make a new greenhouse for... 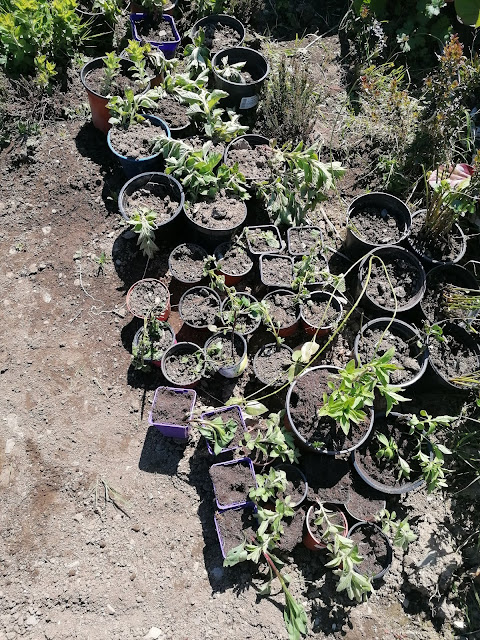