We haven't had any livestock on the smallholding for a while.  Cattle prices are crazy at the moment. It's only a few days from the single farm payment application form-deadline.  So farmers are mad for cattle and sheep to make up their numbers before the 15th of May.  We decided to buy some sheep.  Five Suffolk cross ewes and six lambs to be precise.

Some photographs for the sheep.  You can see the bay (Bantry) in the background. 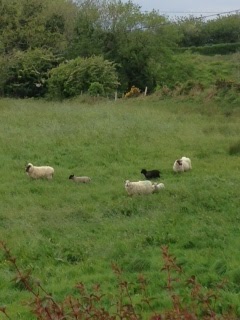 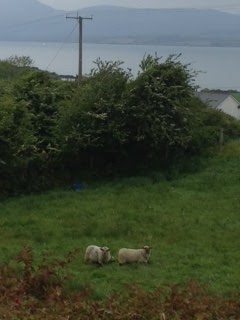 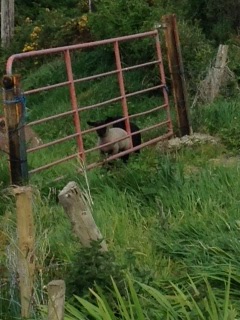 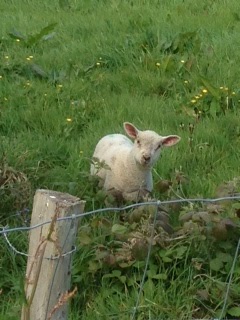 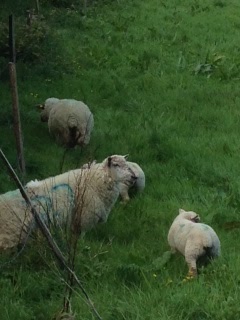 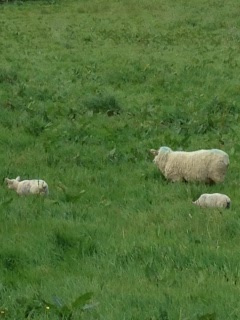 Apparently the term "weed" has no botanical significance.  It's a plant in the wrong place.  I am lucky really that I have any pernicious weeds like Japanese Knot-weed or Ground Elder.  Both introduced from foreign shores.  Apparently Mr and Mrs Roman Empire are said to have introduced Ground Elder to northern Britain because there weren't much fresh greens in those days, yawn!

Japanese Knot-weed is said to have come with the Rhododendrons from Asia and purposely planted in the sixties for ornamental purposes.  The Edwardians planted it for game cover.  Is there an organic cure to eradicate it?  I have even read that it can be fed to livestock.  Don't fancy it though, do you? We are just troubled with Montbretia, Creeping Buttercup, Brambles, Chickweed, Docks...?

I have been weeding with hand, bucket and trowel all week, weeding the paths and flower and veg gardens.  I was wondering  (weeding) if somebody could invent an organic spray weedkiller?
Do you use weedkiller?  We some times spray the rushes in the fields.  But we wouldn't use chemicals near the veg plot. I have read that Glyphosphates are rendered harmless when they make contact with the soil, but I don't like them do you?

We don't use weed killers.  Not even on the paths around the houses.  I know the Victorian  gardeners at Heligan use to spread  and sweep sand on to the paths.  The sea salt kept the weeds away.

I have read about vinegar being used for a natural weedkiller.  A lot of the commercial vegetable growers use weedkillers.  I was once in a farm centre in West Cork and a man asked for weedkiller to put on the weeds on his potato rows.  Would you use weed killer?  Am I being paranoid and could I be saving myself a lot of work?

In the words of Mrs Merton:  "Lets have a heated debate!"

Seriously: what do you think about using weedkiller?

Hi every body.  We went to Valentia Island in Kerry yesterday.  It was a lovely day with a lovely South Westerly breeze from the Gulf stream.

We found the Tetrapod trackway and walked down the steep stone stone slope to the find the tracks.  They only discovered them in 1992. 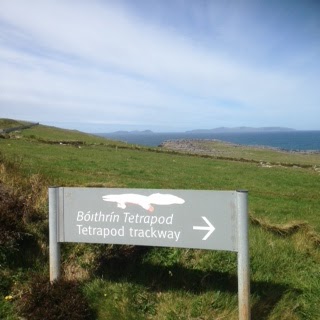 Tetra Pod tracks.  Its said to have existed about 300 Million Years a go.  It could also have happened when Noah built his ark ("the animals came in two by two") and Mr or Mrs Tetra-pod was said to be only about a Metre long.  It's said to be the first creature that walked on Earth.  Instead of being fish the creature was a mammal.  Charles Darwin would have loved this place.  I still like to think God made the Earth in 7 days though. 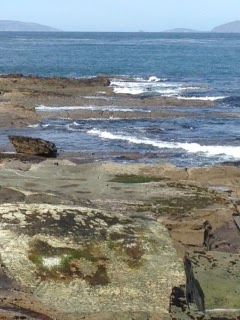 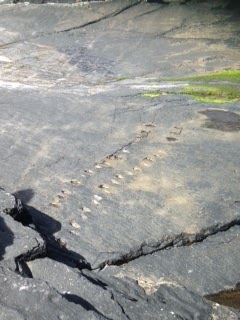 The tail and the leg tracks - probably! 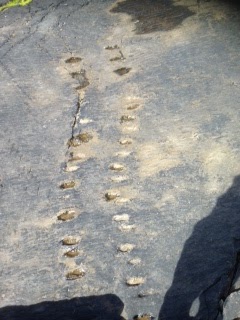 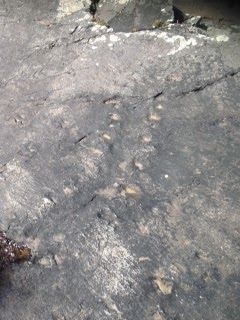 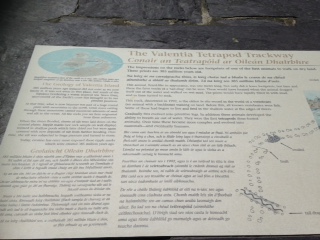 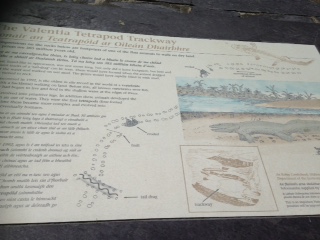 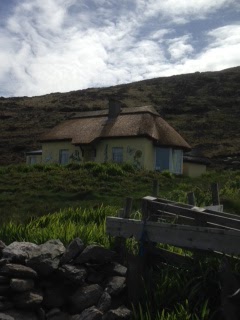 An incredible thatched house with butterflies and Fuchsia painted on the walls.  I love this house don't you?