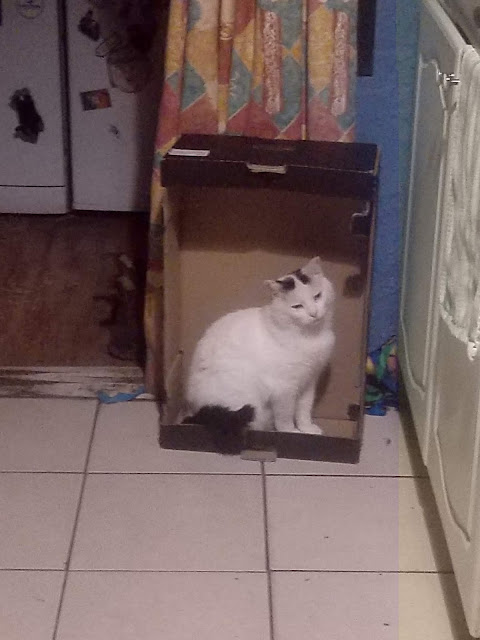 Domino is on sentry duty in the kitchen today.


It's easy to get cabin fever when it seems to never stop raining.  We did watch Ronnie win again at the snooker this afternoon.  Domino watches it too.  He looks round the back of the television when a ball is potted.

Apparently  the word Snooker is a British army word.   The game of Billiards was designed to be played outside.  The green baize is supposed to look like grass.  They took it to play in India.   Then the Monsoon season started and they took the table inside and the game of Snooker was invented.  I  think I have mentioned this before?

Think it's Monsoon season here in Ireland too.  At least there's Snooker on the box or you can even sit in a cardboard box.  Hopefully it will stop raining and I  can make some money.  Or else it's a day potting up rooted cuttings in the polytunnel.
- October 17, 2019