A Bramble ("don't you mean a ramble") In The Irish Countryside Next To the Sea. 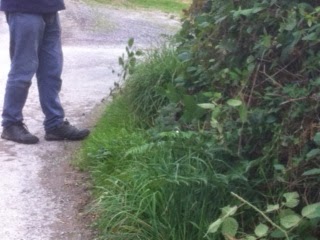 Went for a stroll with my loppers yesterday.  Cutting the brambles that seem to be growing a foot a week at the moment.  There always seems to be some weed problem on our smallholding.  If its not rushes its the brambles.  The cattle eat the blackberry leaves sometimes.  They are supposed to be a fine tonic for them.

The Fuchsia grows wild in West Cork.  It's said to originate from Chile.  Some say travellers brought it and sold it.  Others say the Ice Age brought it. A lot of smallholders have Fuchsia hedges for field boundaries.  There are also quite a lot of Gorse ("Furze") hedges.  I believe that they used to grow fields of "Furze" for firewood and sell it it the towns and cities. 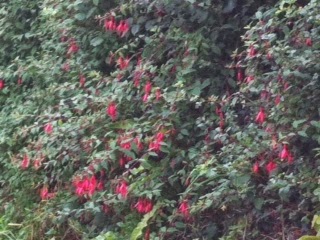 Domino our resident smallholder ratter and mouser followed me round the boreen.  He just watched though and rested now and again.  Makes me think of that "Only Fools and Horses" theme song: "Only fools and horses work." 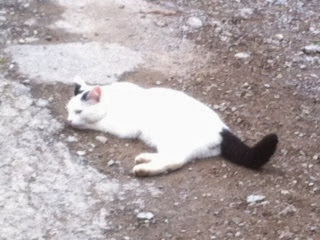 Pictures From My West Cork Gardens In June.

I couldn't think of much to write about so I have had a week blog break.  This morning I walked around the gardens and the flowers were...