Strangers In The Night. A UFO Over Bantry Bay.

We had spent all day Wednesday making small square bales of hay.  It was a really rewarding day.  The curtains in the kitchen were not yet closed and we were observing the absolutely amazing sunset.  It reminded me of the art work off a Camel or Gong record cover.

The other members of my family were watching the television next to the kitchen window.  I looked up and saw this amazing object in the sky.  I said something like:

"What the flipping heck is that?"

Then I ran outside.  They followed me shouting: 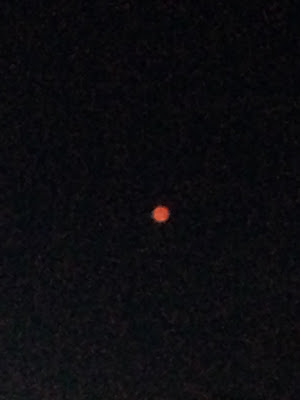 There in the sky over Bantry Bay was this round red object crossing fast across the sky.  My wife quickly picked up her mobile phone and took this photograph.  I thought it was flying at the height of an helicopter or a hang-glider.  There was no sound of an engine!  Perhaps it was a meteorite or a unidentified flying object.  Have you ever seen anything so strange? 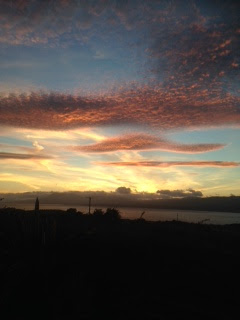 Another picture of the amazing sunset on Wednesday night. 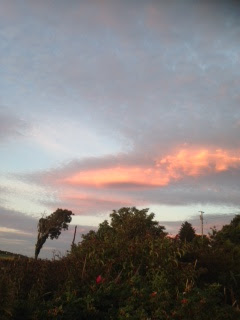 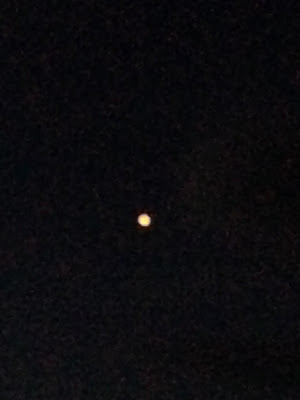 Another picture of the mysterious object.


Here's an appropriate track from a great Yorkshire band:  Saxon..  It's called: "Stranger's In The Night."

Another great English band: UFO also did an album called "Strangers In The Night."  I think it's the best live rock album along  with  the Thin Lizzy classic album: "Live and Dangerous."  Gosh I need to some rock music soon.  Time to plan a city break me thinks.

Have you any unidentified flying objects stories?
- August 12, 2016