Robinson Crusoe? Pukha or Kutcha? And Parsley the Lion. 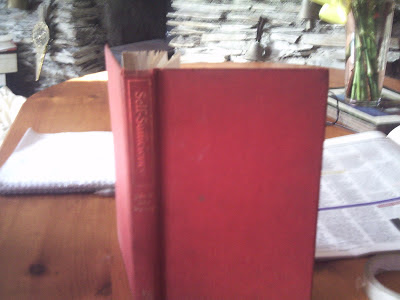 That's a photograph of the book that set me on the way to getting an allotment and eventually living on a smallholding.  It's the original 'Self Sufficiency' by John Seymour.  The man who inspired millions to become self reliant and to get back to the land.  I call the book my 'smallholding bible'.  I also have the NEW complete book of self sufficiency which is a fantastic book and the diagrams are superb.

How ever in the new version I don't see the first chapter:  What is it?  Why do it?  JS asks the question what does self supporting mean?  Should we be like Robinson Crusoe (Daniel Defoe got his inspiration from the Scottish explorer: Alexander Selkirk).   JS says that he lived in African and Indian villages and he saw an high degree of self sufficiency in both, and also a very high degree of happiness and true contentment.  In one Indian village there's a man who goes into the countryside and cuts down a pipal tree.  He uses it to make a plough to sell to his neighbour in return for rice or wheat...There is a miller, a dhobi (washerman), a tonga-wallah (driver of a hackney cart), carpenter, blacksmith, potter and a weaver.   If somebody wants to build a house,  The neighbours help you.  Except at harvest time, nobody works very hard.

The Indians have 2 useful words: pukha and kutcha.  Pukha means to have a civilized finish on it.  Kutcha means rough - made in the village without outside help.  The man who has learnt to read, and been to town, comes back and wants a pukha house-one that makes use of cement and glass, mill sawn timber and other materials that aren't made in the village.  His old kutcha house is no longer good enough for him.  He also decides that he wants white sugar instead of gorr, tea instead of buttermilk, white flour instead of wholemeal. He - and eventually his whole village with him -are forced into a money economy, crops are grown for sale and not for use, the village becomes part of the great world-wide system of trade, finance...

Makes you think doesn't it?  Have we all become slaves to oil and the global system of trade and finance?

Any road.  Another one of my hobbies is looking back at great television programmes from the past.  Staying (kind of) with a agrarian theme.  Here's Parsley the Lion.  Remember when quarter to six was a special time just before the BBC six O'clock news? 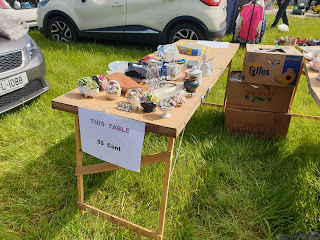