Welcome To The Jungle (My Veg Plot). 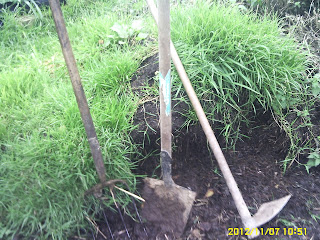 That's a picture of the overgrown dung heap.  I should have covered it up, shouldn't I?  The 3 lazy tools having a rest are my trusty long handle 4 prong pike.  Very good for mucking out and for fighting during the English civil war.  In the middle is my trusty Celtic shovel.  It's also called a Devon shovel in hmm, Devon.  I bet you would never have guessed that would you?  The lad on the right is my trusty Azada.  They come from Spain originally.  Mine's called the 'Crocodile'.  They are like the proverbial off a shovel, when it comes to clearing vegetation.  They are brilliant, but they need real ale or a good breakfast to make them work - you're the engine! 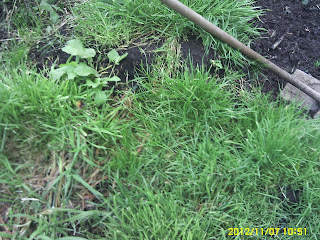 That's a picture of my Azada after doing some clearing work.  It seems to be having a rest, doesn't it? 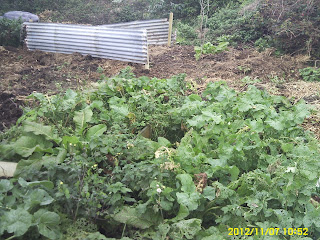 Brand new compost heap in front of my Swedes.  Notice the Nettles growing amongst them? 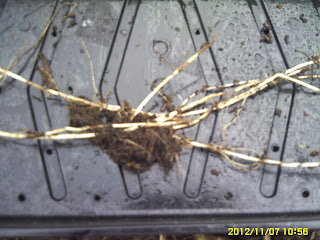 A photograph of the dreaded 'Twitch' or Couch grass.  If you use farmyard manure, you will always find twitch.  Rotavators make a fantastic job of dividing it into thousands of little plants. 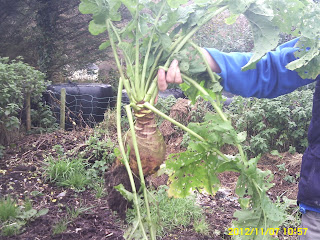 Yours truly holding up a Swede for one's 'Tea' or Dinner if you're posh! 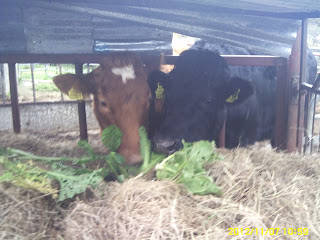