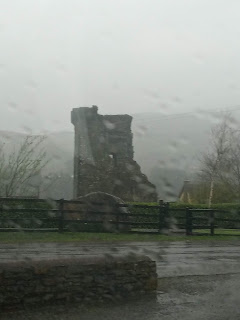 We set off for Killarney on Saturday morning.  We stopped at Casey's garage in Bantry and filled up the car with diesel and bought two steak pasties.  Then we stopped at the carpark opposite the ruins of Carriginass Castle and ate our pasties.

Built in 1540.This was a former home of Dermot O'Sullivan.  He was a member of the O'Sullivan clan.  They owned a large part of West Cork land in those days. It was a very wet and windy Saturday.

We went to Killlarney Nec to The Gathering Festival.  We got tickets to see Altan.  They come from the same neck of the woods that Clannad come from: Gweedore in County Donegal.  They are a band who I have wanted to see for a while.  I have seen Clannad three times in Manchester. 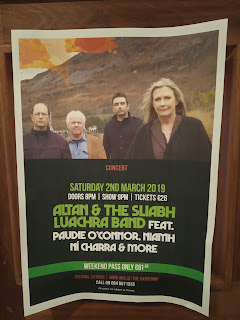 The poster for the concert. 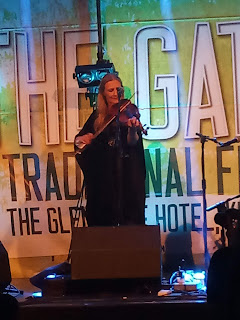 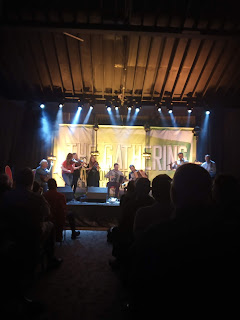 Altan and the Sliabh Luachra Band all performed together for the final song.  The first band didn't play until 9.30 and Altan came on at 10.55 and finished at 12.25.  It was a good night and great to see another legendary Irish band.

Check out some of the great videos from the concert on You Tube.  Just type: Altan Killarney!  Here's an appropiate recorded track for the weather over the weekend.