A Day Out At The Threshing In Kerry. All For A Good Cause. 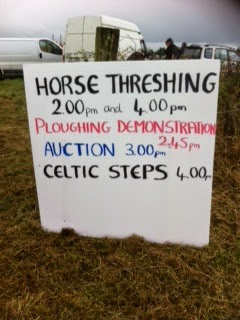 We went over to County Kerry on Sunday to see a vintage threshing event.  The event was on a kind farmers land in Beaufort near Killorglin.  The event was organised in aid of Cancer support in Kerry.  Last year they raised twenty thousand Euros. 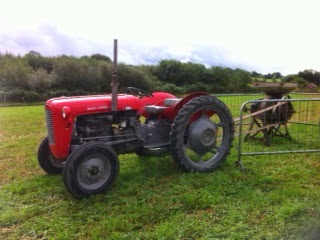 A Massey Ferguson with narrow back wheels connected up to a small vintage threshing machine. 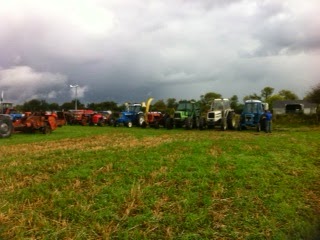 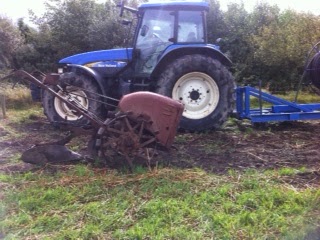 A modern New Holland tractor with a mole plough and pipe layer attachment.  The red machine is some kind of mechanical plough.  She was made in England and to she looks a 'mighty yolk'.  The Irish expressions are rubbing off on me, aren't they? 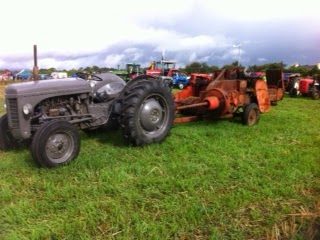 A 'Grey Fergie' with small baler.  We have a little tractor like her.  But she needs doing up unlike this beauty. 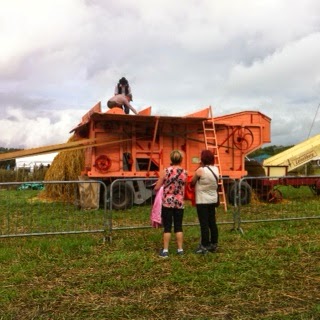 The Threshing begins.  I couldn't believe the power that one tractor can make turning the drive belts.  it must have been incredibly hard and thirsty work.  It made me feel sad thinking of relatives who have passed on and would have told me all about those great days when the threshing machine came around the boreens and set up in the haggard near the cow stall.  Happy days, gone forever. 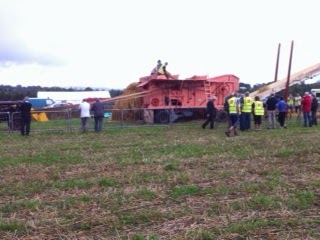 A picture from a distance.  You can just see the Major tractor on the left, driving the belt. 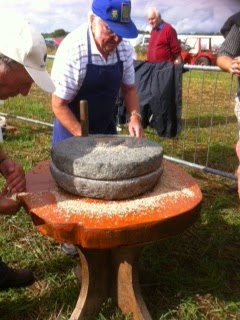 A quern stone stone demonstration, crushing the grain into flour.  This invention is said to have been as radical has the invention of the wheel.  The farmer or his wife would crush grain for the family and for the livestock. 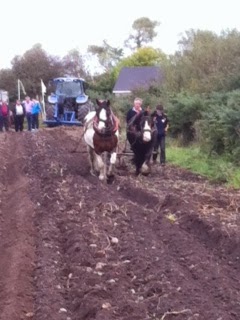 Horse ploughing with the pipe layer in the background.  The sight of the horses and the ploughmen was a flashback to farming times from the past.  No sound of diesel engines, just the clip clp of hooves, bird song and the cutting of the furrow. 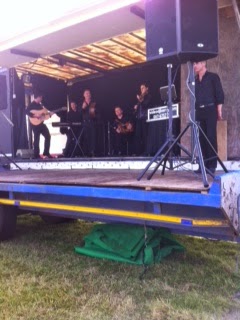 The world famous 'Celtic Steps' gave up their time to play a few reels, sing a few songs and dance for the audience.  The stage was slippy and two of the men slipped and fell and picked themselves up and managed to dance and laugh at the same time.  True professionals.  You can see their show at the INEC in Killarney until the end of October.  I think they are also on You Tube?

It was a good day out and a great way  to show people the farming of yesteryear and to raise money for cancer charities.
- September 29, 2014