A Little Veg Plot Next To A Building Site.

I looked out of the door of a site cabin one Friday.  I could see cabbages growing behind the security fencing.  What a sight to gladden my heart. "Jack in the green" Jethro Tull lyrics began to play in my mental jukebox:

"Well I don't  think so.  I saw grass growing through the pavements..."

I forgot I had been listening to the not very dulcet tones of a Kango all morning.  Chiselling limestone plaster off walls up on a planked scaffold.

Through the site security fencing.   Cabbages growing and and a bespoke homemade greenhouse. 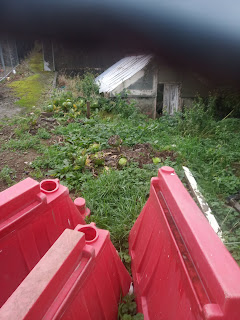 Another photo  of the veg plot behind the bollards. 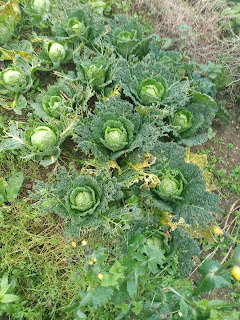 Lovely heads of winter cabbages. They look like Savoys to me. 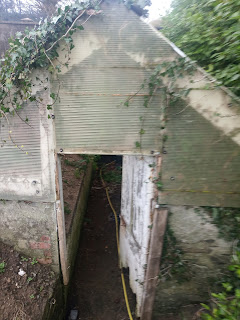 There was a short flight of steps going down in the homemade greenhouse.  It reminded me of old Anderson air raid shelters I sometimes found growing up in Northwest England.
I wondered why so much effort had been made to construct the steps?  I thought it was probably for raised beds and of course I was right? 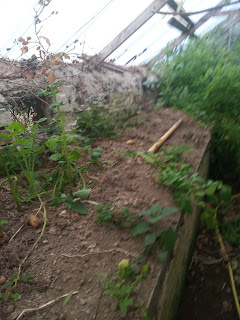 Raised beds on both sides and a path in the middle.  They were over a three foot high and full of wonderful sandy and friable soil.  Imagine what root vegetables you could grow in those raised beds? Giant Parsnips, Carrots and Beetroots.
Not a bad way of spending ten minutes of your half hour dinner break exploring and photographing the nuns vegetables garden.  It was a credit to them and inspired me!