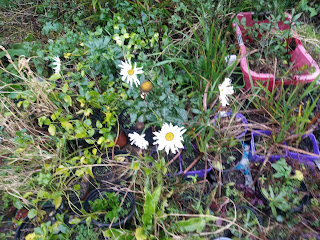 I spent yesterday morning in the polytunnel potting on and watering the newly rooted shrubs and perennials cuttings.

It was bucketing it down and I looked outside and noticed two of my Shasta Daisy's were still flowering.  According to gardening internet sites they should stop flowering in September.

Perhaps it's living on the Gulf Stream or that I didn't cut them back like the others?

But  there they stood in the heavy rain in all their glory.

Have you got flowers flowering out of season in your garden?

I have just been outside and noticed an Agapanthus flowering.  I think the plants think it's  Spring. 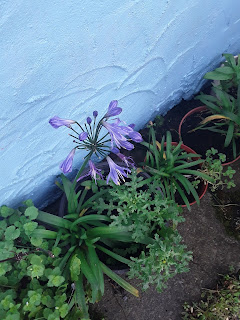