New Boots And A Good Hike. 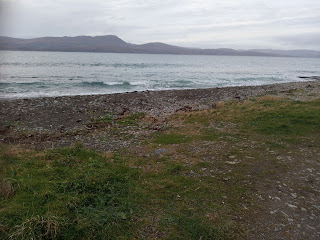 My new walking boots arrived midweek via the post.  I paid twenty five Pounds for then from Amazon.  On Friday I put them on and walked round the house in them.

Yesterday I decided to give them a road test.  I couldn't  be mithered (northern English word) to walk and slip and slide over the saturated grass and peat and Rock of the hill tops in between the two bays where we live. 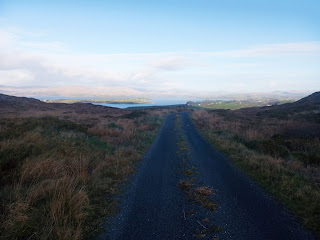 A lonely boreen with Bantry  Bay on the horizon. 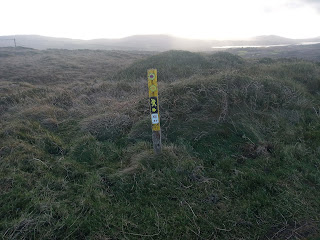 A oak yellow Sheepshead  Way finger post.   But I kept to the roads.
Cattle outwintering.  They looked very healthy and one said: "Wot you looking at Mister?" 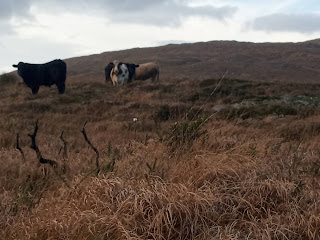 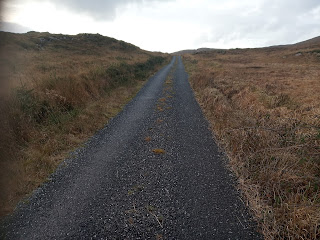 Paul McCartney's  'Long , lonely road '
started to play in my head.
Then back down on  our North side of the peninsula.  Which is on the South side of Bantry Bay.  I walked between nine and ten miles.  Met a few walkers and one car.  Steeleye Span was my walking soundtrack via Spotify and my ear phones.  No blisters to report and a very good walk was had by my new boots and yours truly.
- December 13, 2020