A New Kind Of Logs.

The wife went to town and came home with some  Ecoblaze hardwood Briquettes on New Year's Eve.  She bought them at our local builders merchants in Bantry. 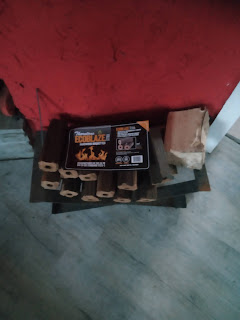 Apparently they are made from hardwood sawdust and they are also smokeless.
After I asked how much do they cost?  We put two of them in  the stove in the front room.  I didn't think much of them until they got burning: 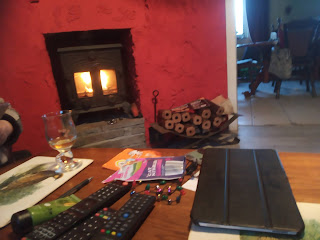 The heat was incredible.  Absolutely "Scorchio".   I felt like that man from the Remington razors advert: " I was so impressed, I bought the company".  No I am not getting paid for recommending this wood product.  But if the manufacturers would like to send me some FREE ones.😊

They really are excellent. I don't  know if it is glue or the hardwood sawdust compressed into briquettes that makes them give off so much heat?  Any one know?

So we had a few hot Toddy's and watched the Paddington film for the second time.  Well you do need some intellectual stimulation don't you?  At one point I thought poor old Paddington was going to die.  Thankfully for me and millions of other grown up kids, he didn't die.