A Frustrating Day Out In County Kerry.

It's Scorchio down on the Irish Riviera this week.  So we decided to have a run out to Kerry.

We decided the other day that we are not going to Dublin to see Paul Heaton and Jacqui Abbott.  We paid to see them in Killarney. So we went to Killarney INEC to ask for our money back.  The man in the ticket office said he could not pay us back in CASH even though we had paid CASH for them and he couldn't pay out such a large (88 Euros) amount but he would put it on a bank card and it will be in our account in three to five days.  We were not happy bunnies, would you be? Especially when I was relying on the cash for our day out in Kerry.

With it being such a nice week weather wise.  We drove to Inch beach.  I noticed people sat at the pub/restaurant  beer garden benches eating sandwiches and drinking.  So while I took some photos for the world wide web and all my blogger pals I asked wifey to "get me a jar".  I knew there was no chance of a pint of bitter shandy but a gassy pint of lager would suffice.

I took the photos and wifey came back empty handed and informed me that the pub was CLOSED!

When we walked back to the car we noticed there was a cafe open on the gable corner of the pub building.  The people sat in the beer garden  had been buying food and bottles of water not beer. 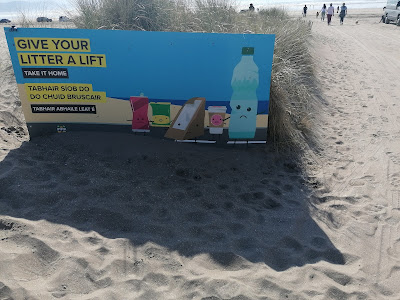 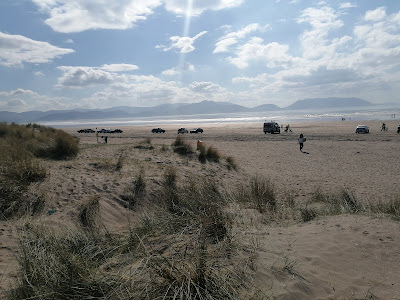 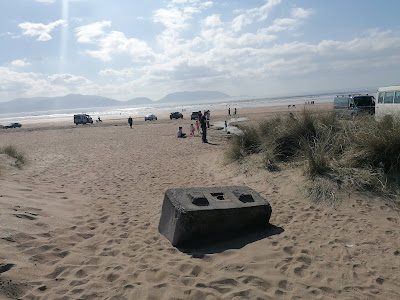