a walk along tarmac. 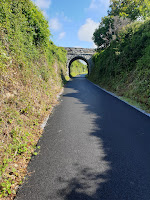 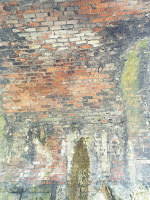 Underneath the arches of the bridge. 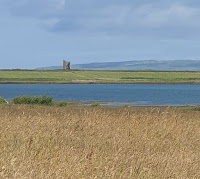 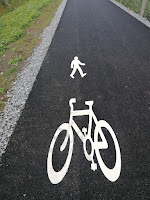 We thought why don't they paint a white line lane  for cyclists?
A little bird ot the old Tinternet and T'web informed me that a new Greenway had partly opened from Fenit to Spa in County Kerry less than a fortnight ago.

Regular readers will remember I have featured Kerry Cricket Club at Spa and Fenit before.  It's on the other side of Tralee Bay across from Camp, Castlegregory and the road to the Conor Pass and on to Dingle.

We found the newly tarmaced Greenway just outside of Spa and wifey dropped me off and carried on to Fenit for nosebag for us both.

The Greenway is the repurposed railway line from Fenit to Tralee.  It's  tarmaced and already very well used by walkers and cyclists of all ages.  They haven't even got round to putting any signs yet.

For me the best thing I like about Greenways is there are no big hills to climb.  The sea views are spectacular and here are some photos for your perusal: 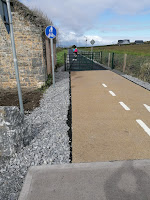 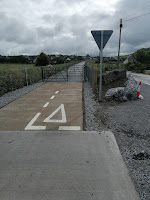 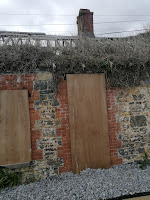 An old boarded up and abandoned station building,  It would make a great bunk house or cafe or bar?🤔 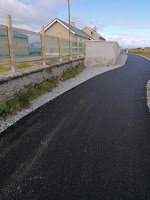 An old train station converted into a dwelling. 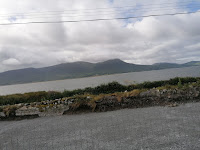 Looming over to Camp and Castlegregory and beyond. 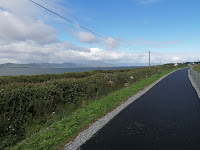 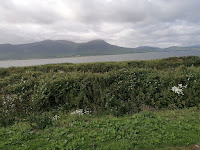 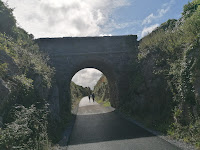 A bridge with walkers in the distance. 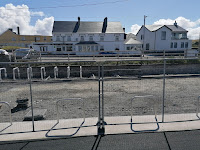 A pub and watering hole in Fenit. Below Fenit beach. 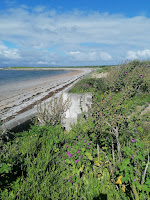 It really is worth visiting and eventually people will be able to get off the train or coach at Tralee railway and bus station and walk or cycle all the way to Fenit.
- July 05, 2022